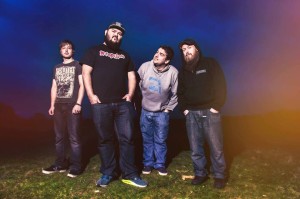 Second in Line formed back in 2002 and have been pumping out some of the finest UK skate punk since then.  Influenced by the whole 90’s EpiFat sound and skating they draw comparisons to the likes of Snuff, Bad Religion, NoFx, Leatherface, Consumed, Kid Dynamite, you know that kinda thing.  With a borderline unhealthy love of 80’s movies, Richard Pryor and John Candy, Second In Line write fast, catchy and uplifting tunes that make you want to grab your old deck and go for a skate.

Having appeared on countless compilation CD’s, released loads of DIY demos along with a couple of compilation 7″ releases plans are in place for them to bring out an EP on Almighty Beard Records during 2015.  UK skate punk rock at it’s finest!

Check them out at www.facebook.com/secondinlinepunk