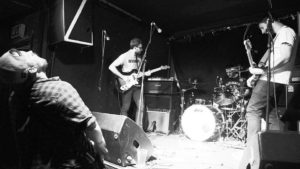 The Burnt Tapes are a four-man tag team formed in 2014 in London. They play melodic punkrock/orgcore/gruff/alcohol/farts/regret kinda music. Since their inception, they have played over 60 shows, touring across Europe, and the UK. In April 2014 they released their debut EP “Wasted History” to zero critical acclaim.